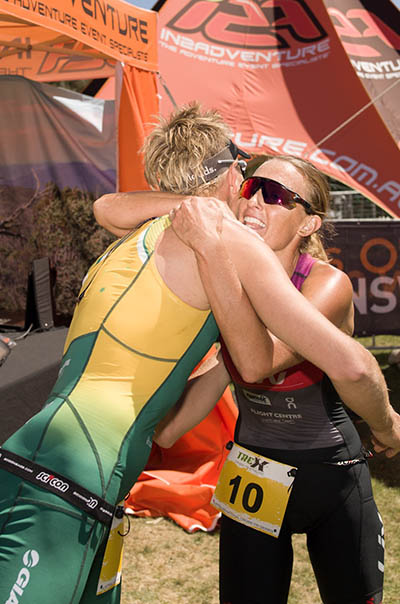 Wife and Husband duo, Jacqui and Ben Allen, have stolen both hearts and the show, during an emotional Round Five of the TreX Series, in the Snowy Mountains.

Jacqui Allen captured her first win of the 2018/19 Series, but only after seeing-off an almighty challenge from Penny Slater.

The Allen-Slater arm wrestle see-sawed throughout the morning and became the marquee match-up of the event.

But early on, it was newcomer Maeve Kennedy who was first out of the swim leg, 19 seconds ahead of Allen, with Slater in third place, 49 seconds further back.

Kennedy- who saluted earlier this season at her debut race at Port Stephens- lost momentum on the bike leg, and Allen and Slater pounced.

Allen led the race, and Slater, by just three breathtaking seconds, as the pair headed to the final run leg.

It was truly a battle of the Master and the Apprentice- Allen is Slater’s full-time coach.

The lead changed hands again and again, and it looked as though Slater, the Under-23 World Champion, would win her second race of the season, but Allen found some heartfelt motivation.

“I was behind Penny, and then I heard Ben had won. That did it for me. It made me go faster, it lifted me. I just had to win.”

An emotional Allen said post-race, as she beamed with pride at her husband’s achievements. 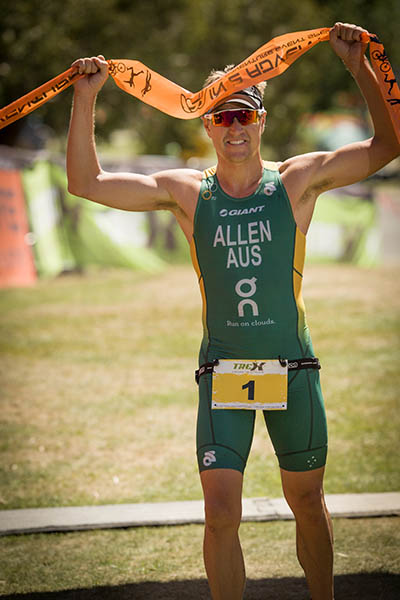 Slater said after the race: “When I heard Ben had won, I knew I was in trouble, I knew that would spur Jacqui on.”

There is some great consolation for Slater though, with this event at Lake Crackenback also acting as the Australian Championships, Slater will retain the Title she won last year.

Even though Allen took line honours, she is ineligible for the Australian Title, due to her prior competing for her native Great Britain.

Kate Bramley fought magnificently to finish in third position, in a time of 2:48:24.

After crossing the finish line, an emotional Allen dedicated the win to his parents, Dennis and Janelle Allen.

“I was thinking about them the whole time throughout the race. Everything they’ve done for me. This win is for them.”

After hearing the dedication, Mum Janelle was also full of emotion, saying how much pride she has watching her son race. 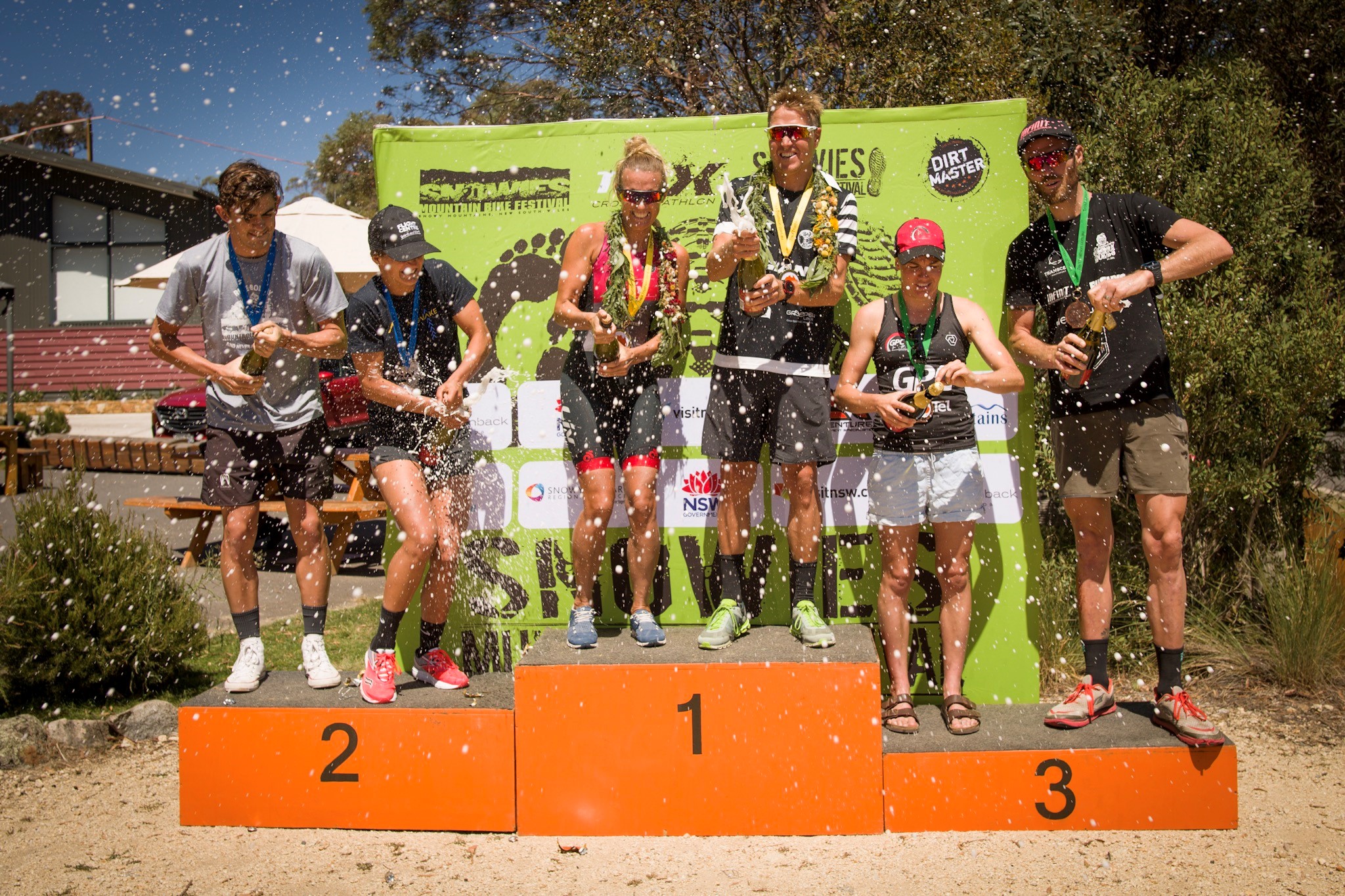 Allen’s main rival, New Zealand star Sam Osborne was second out of the swim leg, but early in to the bike phase was forced to withdraw from the race.

“I couldn’t believe it, I was lying upside down, it took me a while to comprehend what had happened, because I thought I’d done everything right. I got back up and on my bike. But the frame was broken. And that was that. A bit of a shame to have come all this way, and then I’m out of the race,” Osborne said post-race.

The New Zealand champ, who took line-honours at this event last year, was still aiming to compete in tomorrow’s Trail Run Australia half-marathon.

The further emergence of 19 year-old Queenslander Dean Cane was a huge highlight of the race, and had many on-lookers excited about his future prospects in the sport.

Cane’s bike leg was exhilarating, completing that discipline only three seconds slower than Ben Allen did, in a time of 01:17:19.

Cain maintained consistency throughout his run leg, to take second spot on the podium, with a total race time of 2:27:55.

The Snowies MultiSport Festival is proudly supported by the NSW Government through its tourism and major events agency Destination NSW.

Trail Run Australia takes runners to some of the most iconic and stunning destinations in this spectacular land down under.  It challenges participants to get off road and take on a challenge against mother nature in some of the most demanding and diverse terrain that the country has to offer.

From stunning beaches, to historic goldfields, remote rocky outcrops and rich rainforests, all the way to the iconic Snowy Mountains. Trail Run Australia inspires runners to tread the path less travelled in this wild and beautiful land.

All festivals include a:

Another Ben Allen master class, while Penny Slater throws down the gauntlet,...